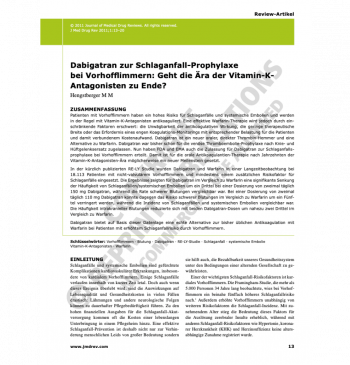 Dabigatran for prevention of ischemic stroke in atrial fibrillation: Is the era of vitamin K antagonists coming to an end?

J Med Drug Rev 2011;1;13-20
(Review-Artikel in deutscher Sprache)
Patients with atrial fibrillation have a high risk for ischemic stroke and systemic embolism and usually receive vitamin K antagonists for antithrombotic therapy. However, effective therapy with warfarin is rather difficult due to several limiting factors: uncertain antithrombotic effect, narrow therapeutic window, and the necessity of a frequent laboratory monitoring resulting in a high burden for the patient and high costs for the health care system. Dabigatran, a new, orally administered direct thrombin inhibitor, offers an alternative to warfarin. It has already been approved for prophylactic treatment of venous thromboembolism after knee and hip replacement. Now FDA and EMA have also approved dabigatran for prophylaxis of ischemic stroke in patients with atrial fibrillation. After decades of the era of vitamin K antagonists for oral anticoagulation this sets a new milestone in therapy.
Dabigatran and warfarin were investigated by the newly published RE-LY long-term trial in 18113 patients with non-valvular atrial fibrillation and at least one additional risk factor for stroke. Compared to warfarin, 150 mg dabigatran bid significantly decreased the frequency of stroke/systemic embolism by one third, while the rate of severe hemorrhage was comparable. 110 mg dabigatran bid reduced the risk of severe hemorrhage by one fifth compared to warfarin, while the incidence of stroke and systemic embolism was comparable. The frequency of intracranial hemorrhage was decreased by nearly two thirds with either dabigatran dose compared to warfarin.
These results suggest that dabigatran is a valid alternative to the common antithrombotic therapy with warfarin in patients with increased risk for stroke by atrial fibrillation.
JMDR_Dabigatran_-2011Web 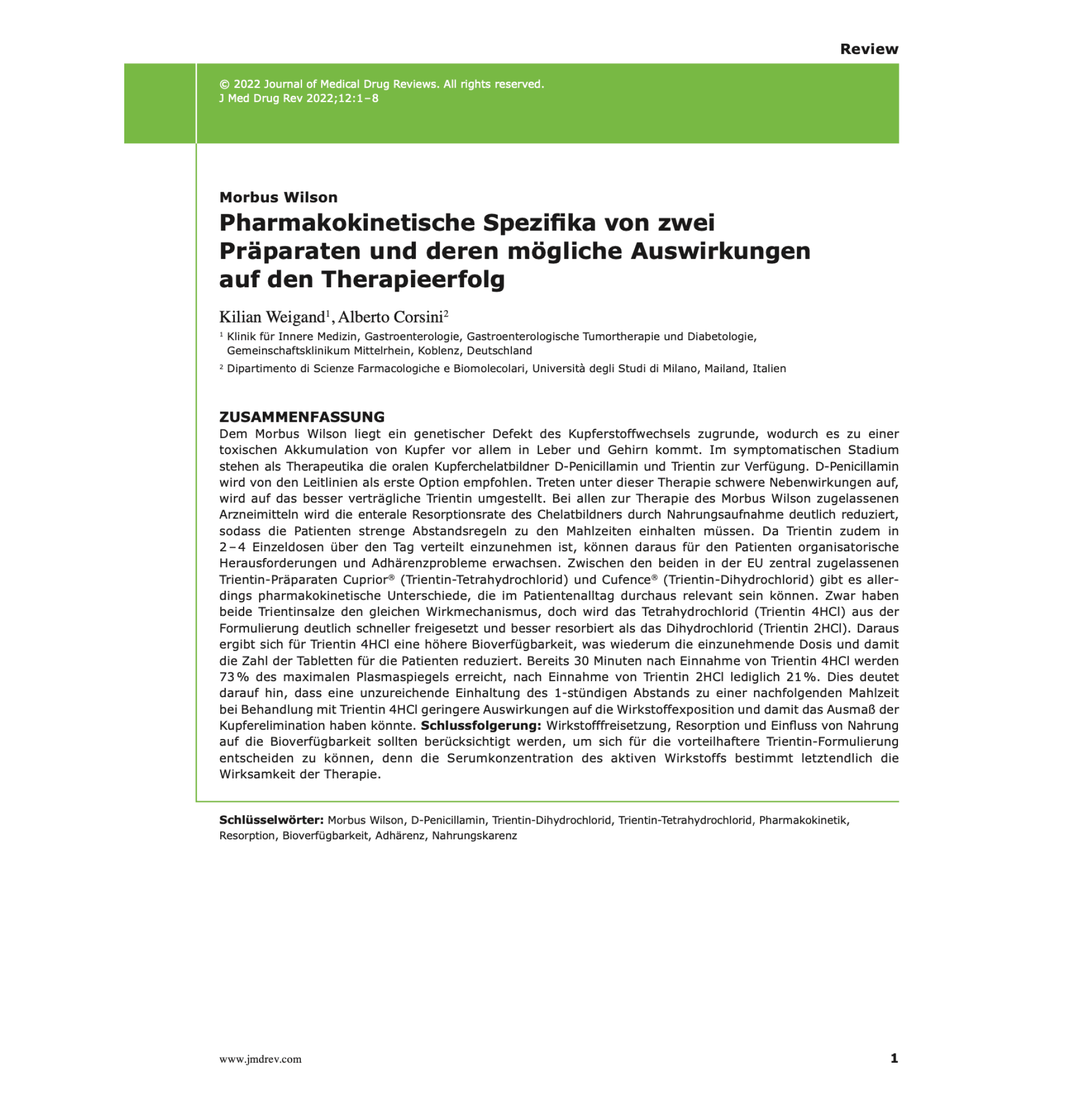